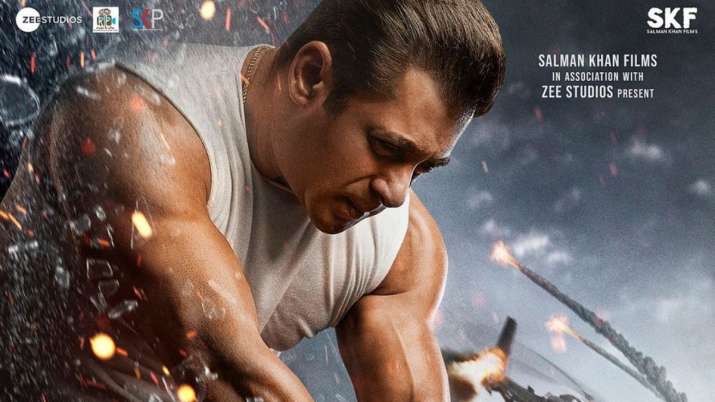 Due to the release of Radhe, Zee gained around 2 million new subscribers. To watch Radhe on Zee 5 on time, both old and new subscribers must pay Rs 249 each. The film’s gross earnings will be 105 crores + (4.2 million 249 rupees).

On the first day, Radhe becomes the most popular movie.

Radhe is now shattering records in the international market. The film is currently playing at 30 to 50% capacity in Dubai, Saudi Arabia, Bahrain, the United States, Singapore, and Indonesia, and at 100% capacity in Australia and New Zealand.

Even, Radhe has a Pay 249 rs view, which outperforms Laxmi and Dil Bechare’s first-day views by a large margin and earns 104.5 crores. The two films were released as part of the Disney HotStar+ Free OTT service, proving that Salman Khan is unaffected by social media negativity.

The chemistry between Salman and Disha was amazing

The chemistry between Salman Khan and Disha Patani was amazing. For the first time in his career, Salman kissed the heroine’s lip. The age gap between Disha and Salman doesn’t affect the chemistry. Salman tell that it was movie scene demand. In this scene, Disha Patani’s lip attached with tape. The movie songs were already hits. Seeti maar song was the remake of south actor Allu Arjun song. In This song Salman Dance step was Amazing. Jacqueline also dances an item song in this movie. In this movie, Disha Patani plays Salman khan’s lover role.  Jackie Shroff plays Salman senior officer and Disha Patani’s brother role.

Radhe story starts in Mumbai city where the Drugs mafia’s adda. In this movie be seen school and college students have a drug addiction. Many students lost their lives for drugs. Radhe police Officer who known by his encounter specialist. In this movie, you see some comedy scenes. But overall this movie was full action package movie.

The movie seeti maar and Radhe title song was the most famous song. The movie dialogue was also powerful.

Salman says in this pandemic reason movie was doesn’t Release in cinema halls. This way many losses because in this movie they produced. But as they commit to fan’s movie release on Eid Online OTT platforms. Overall movie’s first day and the collection were good.

After releasing Salman khan’s movie Radhe: Your most wanted bhai leaks on online sites. The movie uploaded on the piracy site after some hour of release. The movie was now available on the internet HD Quality and telegram. After the movie leaked, Salman message to his fans “I want your commitment that you watch movies on their right platforms”. Every person’s dedication was real in this movie. It was hurt that some people spoiled real work and dedication.