Goons Attacked Indeep Bakshi for his collaboration with Sumit Goswami, Singer locks himself up at home, explaining the reason for not coming in Big Boss 14

Indeep Bakshi, popular for his hits like Saturday Saturday and Kala Chashma has kept himself under house arrest when he was assaulted by unknown people several times. Bakshi has been receiving threatening messages by goons after his collaboration with singer Sumit Goswami for an album release.

by Rashika Sharma
in Entertainment
0 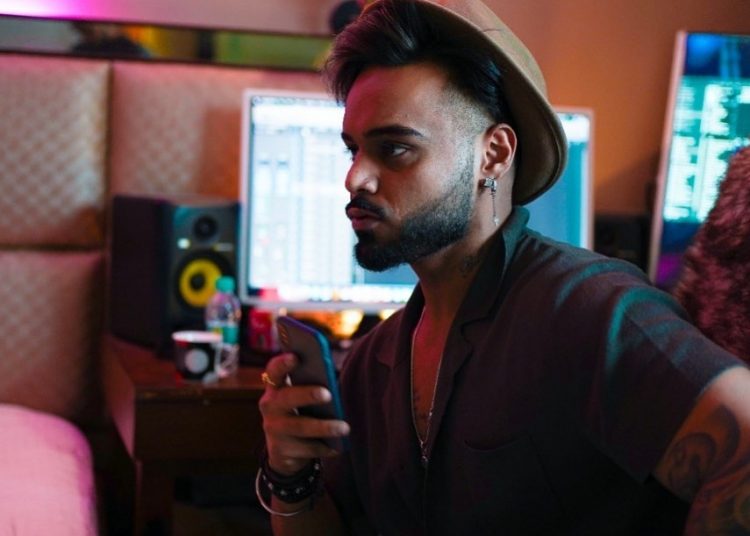 The singer of Kala Chashma and Saturday Saturday; Indeep Bakshi, had collaborated with singer Sumit Goswami who is in jail after his name arrived in a controversy of a businessman’s suicide. Now, for the same reason, Bakshi is being attacked and receiving death threats.

In Delhi, singer Indeep Bakshi, popular for his hits like Saturday Saturday, and Kala Chashma has kept himself under house arrest when he was assaulted by unknown people several times. Bakshi has been receiving threatening messages by goons after his collaboration with singer Sumit Goswami for an album release. However, Sumit is currently in prison for allegedly instigating the suicide of a businessman named Aman Baisla, who had accused the singer of not returning his money.

Currently, people are sending him threats after Bakshi’s song titled “Raaj” with Goswami came out. Also, his family members on social media have become the witness of the threats. As stated by spotboye, The Punjabi singer is very upset by the way people have behaved with him to collaborate with the accused.

In an interview, Bakshi stated that when he was collaborating with Goswami, he had no clue that he was going to be charged in a case because he was the only professionally connected with him. He also told in the interview that he is an artist-producer and how would he be aware of the personal life of Sumit as he was only acquainted professionally with him, even on behalf of a song shoot through the business. It doesn’t mean that I am engaged. The controversy is alright which is absolutely their concern. Also, I spoke to them. This album was going to arrive earlier, in November. Then the video in which the deceased has been recorded calling Goswami as the reason for his death went viral. Two months ago, the track was shot and came out in October.

Bakshi admitted that he worries for his existence as he has difficulty finding out who his followers are and who are aiming him for assaulting wherever he goes. He had said on his father’s birthday that he recently made a social media post and people sent him threats in the comments writing ‘maar denge’ and others. Some also wrote on the bonnet of his car ‘panga kyu liya’ while also smashing his car-windows. He is not against anyone and he had just wrote a rap piece. He also said that due to the attack, more than half of the musicians are scared of collaborating with him now. His mother weeps all day and he finds himself in a clueless situation. He says that he will stop singing like he do as his family is everything for him.

Bakshi also went on to announce that he was all set to compete in the Bigg Boss 14 reality game show. However, he missed out on the chance following the incident and is still trapped in his home.

Ishita Chauhan: Beauty with the brain